FacebookInstagram
Book Now
The Year of the Torso

The cover of the most recent Sports Illustrated Swim Suit issue features model Hannah Davis nearly baring all, tugging her bikini bottom below what most would consider acceptable territory . Perhaps she was caught preparing for a quick change into her next suit  but had it not been for some up close grooming, maybe a Brazilian waxing and some airbrushing, this issue might be best found behind the counter in plastic wrap. 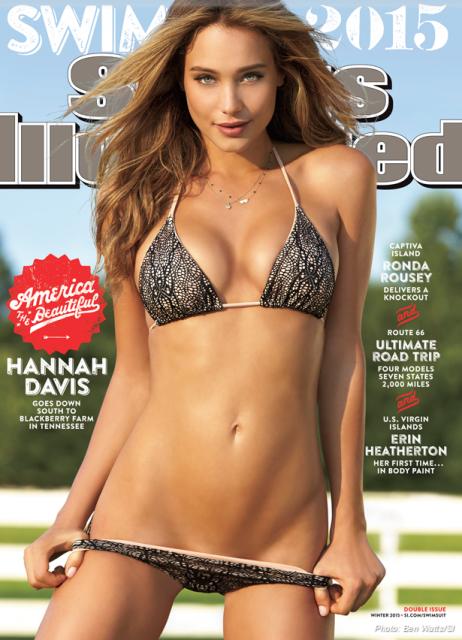 Her response to Matt Lauer’ s calling her out on this risque cover? Perhaps 2015 will be the “year of the torso.” I guess that’s a euphemism for the vulva?  Clearly, the area that we call the mons pubis has now emerged as a new titillating  body part to reveal, much like cleavage has become more and more exposed.

For a number of reasons, most attributed to our changing culture,  vaginal appearance has  become more and more important today. For one thing, shaving or waxing the pubic  region is the norm now and requests for laser hair removal are higher than ever. The esthetic appearance of the labia and mons  is paramount to many women. Excessive tissue-whether congenital or due to aging or childbirth can lead to cosmetically unfavorable contours. The widespread availability of sexually explicit images and film have now allowed woman to compare their appearance to other woman’s genitalia. This has prompted a rise in cosmetic vaginal surgery. The most common procedure is labial reduction which most often involves surgical removal of excess labia minora (inner lips.) Plastic surgeons are uniquely suited to perform this procedure as  they emphasize fine technique, attention to detail and knowledge of wound healing and aesthetic norms of beauty. Recovery from this procedure is relatively easy with minimal discomfort

. The reduction can be done with local anesthesia, sedation or general anesthesia depending on the patient or surgeon’s preference. Sexual intercourse must be avoided until  complete healing which may take 4 weeks.

The final result is a more attractive genital area  and often less problem with irritation during intercourse or vigorous sports.

The MedSpa @ RPSC offers laser hair removal to provide long lasting hair reduction so a Brazilian wax might be avoided. We also perform labial reduction in our office OR. Will this be your “year of the torso”?